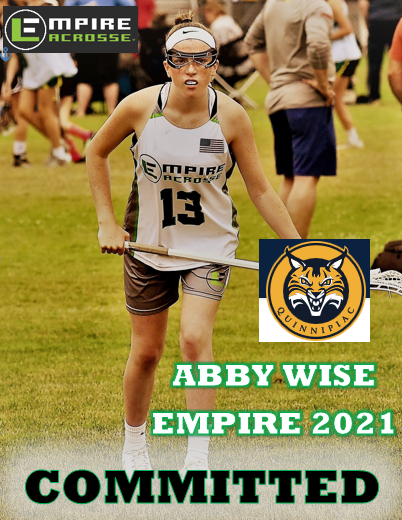 Playing everywhere gave her a different vantage point, but she’s found the spot that she’s most comfortable with. The Empire 2021 and Plainedge attacker racked up 89 points last year, good enough for 12th on Long Island, and she showed a penchant for setting others up before scoring goals herself.
END_OF_DOCUMENT_TOKEN_TO_BE_REPLACED

Comments Off on ’21 Abby Wise Commits to Quinnipiac