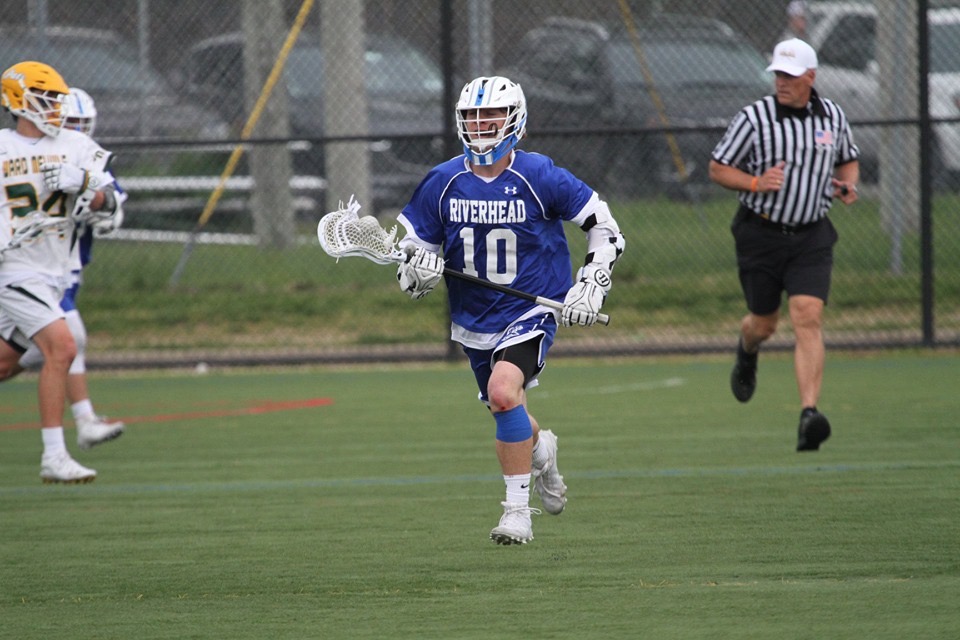 LIE: What attracted you to Wingate?

CD: I was looking for a top level school that had majors I was interested in.  When I read about the school and lacrosse team it became one of my top choices.  When I visited I was able to view a practice and meet Coach Boyle and some of the players. After my visit at felt it was a great place where I could grow as a player while preparing for a career.

CD: Ever since a kid my dream was to go to college and play high level lacrosse.

CD: The recruiting process is not easy it. An be stressful at times.  I had narrowed down my search to a few schools and then had to hope that coaches were interested.  I also went to prospect days to check out schools and coaches to see if I felt they were a fit.

LIE: What is one piece of advice you would give someone who is just starting the recruiting process.

CD: Be patient and you will find the right school. 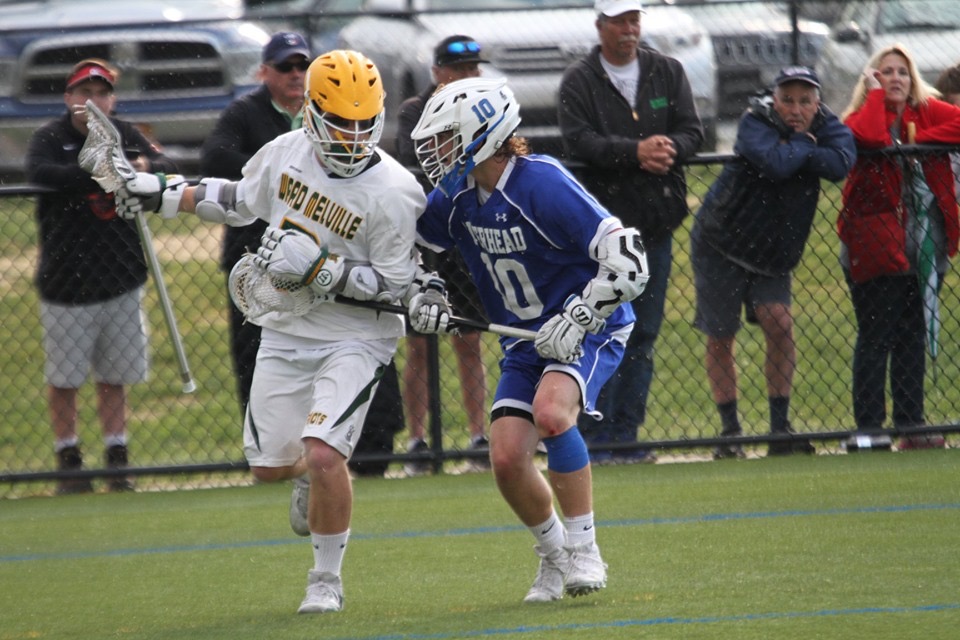 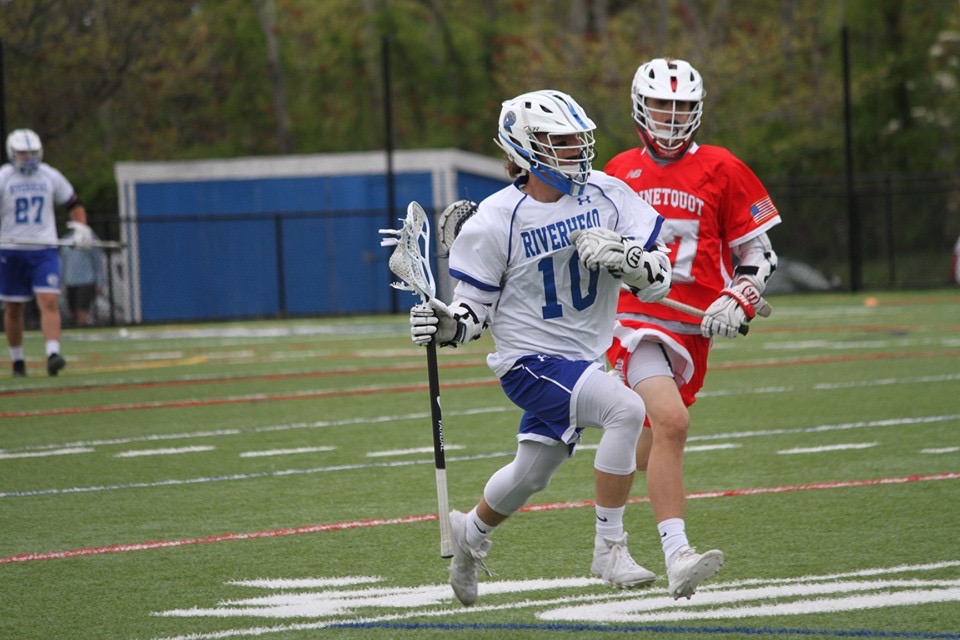 Comments Off on CJ Dorr Commits To Wingate 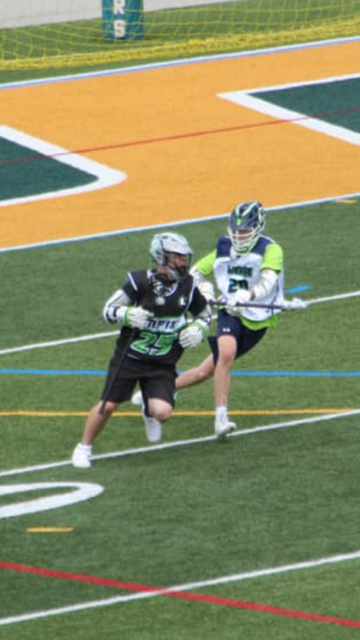 LIE: What attracted you to Farmingdale?

TS: Honestly, I wanted to be close to home and not break the bank in choosing a local college.

TS: I knew I wanted to play College ball when I was in 5th grade, I always knew I would eventually get there.

TS: The process was smooth, there were many colleges interested and reached out to me during my Junior year. In the end, the cheapest route and the possibility for significant playing time led me to Farmingdale. I am very happy with my decision so far. I am really looking forward to playing with my new teammates at the next level.

LIE: What is one piece of advice you would give someone who is just starting the recruiting process.

TS: Its not about just going to a school with a great history or a great team, Pick the school that is the right fit for you and what you want out of Lacrosse and your education all while not putting yourself in serious debt. 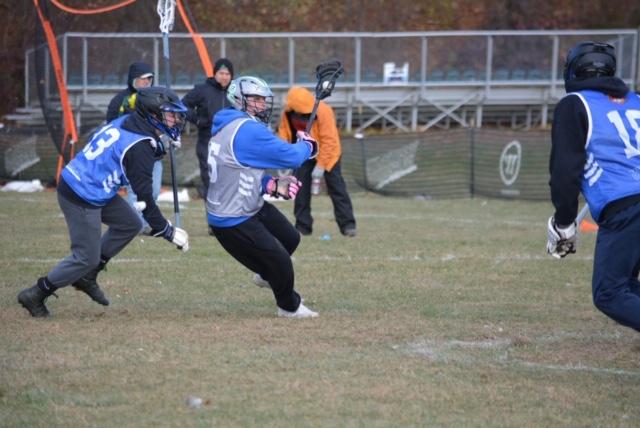 Comments Off on Thomas Stock becomes a Ram 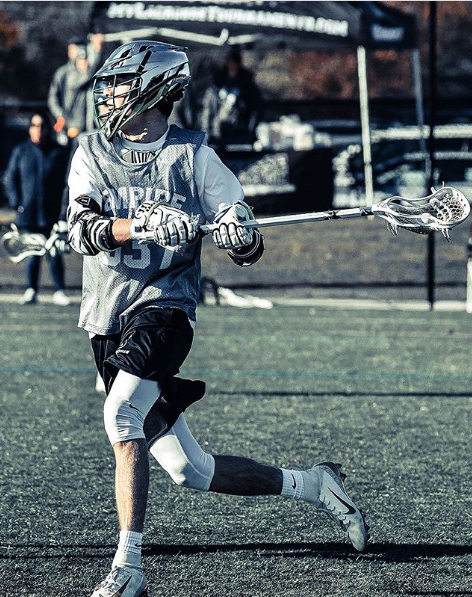 LIE: What attracted you to St. Johns?

DK: What attracted me to St.Johns was it wasn’t to far from home, my sister graduated from there and it’s overall a great team and has great coaches.

DK: I’ve wanted to play at the next level ever since I can remember.

DK: The recruiting process was long and very exciting and happy for the next step!

LIE: What is one piece of advice you would give someone who is just starting the recruiting process?

DK: Advice is don’t overthink the process let it happen and especially enjoy it!

Comments Off on Dan Koban to St. Johns 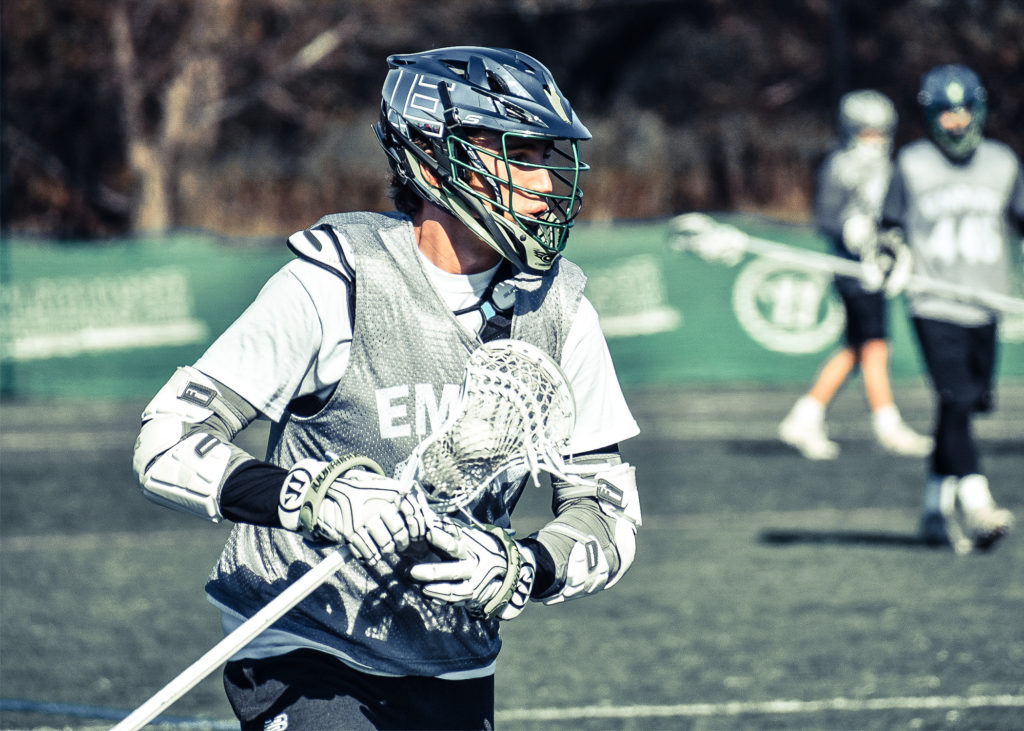 Derek Takacs wasn’t necessarily looking to stay close to home, particularly with such a narrowed focus on his collegiate major.

The Empire 2021 and Mount Sinai attackman had his fair share of high-level schools vying for his services, but he quickly narrowed down his list because he knew that he wanted to study financial math, which, according to Takacs, is, “essentially applied math and statistics.”

Because of that singular focus, he cut his list down to a few schools that had that major, a list that included some of the very best colleges in the country. One of them was nearby Stony Brook, and the Seawolves also had a feather in their cap in the form of assistant coach Mike Chanenchuk Jr.. The PLL’s preeminent two-point shooter coached Takacs at a prospect day, where the two hit it off. It set the wheels of Takacs’ commitment in motion.

“Coach Channy coached me at a prospect day at Penn and really liked me, and he reached out to me to come and visit the school,” Takacs said. “Once I saw the campus, it definitely felt like the right fit. I felt it then and there, but I wanted to wait it out and see my options. After I talked to my parents about it, it seemed like it was where I wanted to go.”

That, coupled with the fact that Stony Brook boasts one of the top financial math programs in the country, made it a no-brainer for Takacs. He committed to the Seawolves, becoming the second Empire ’21 to commit and the fourth player in Empire history to choose Stony Brook. He’ll join ’20 Liam Daly (Shoreham-Wading River) on campus.

“One of the main things is that it’s one of the best colleges in the country for financial math,” Takacs said. “Between the lacrosse and the school, it was a perfect fit. I want to do something in the math field, like accounting, and I had a great connection with Channy. The school is a great fit for me and it’s an awesome atmosphere.” 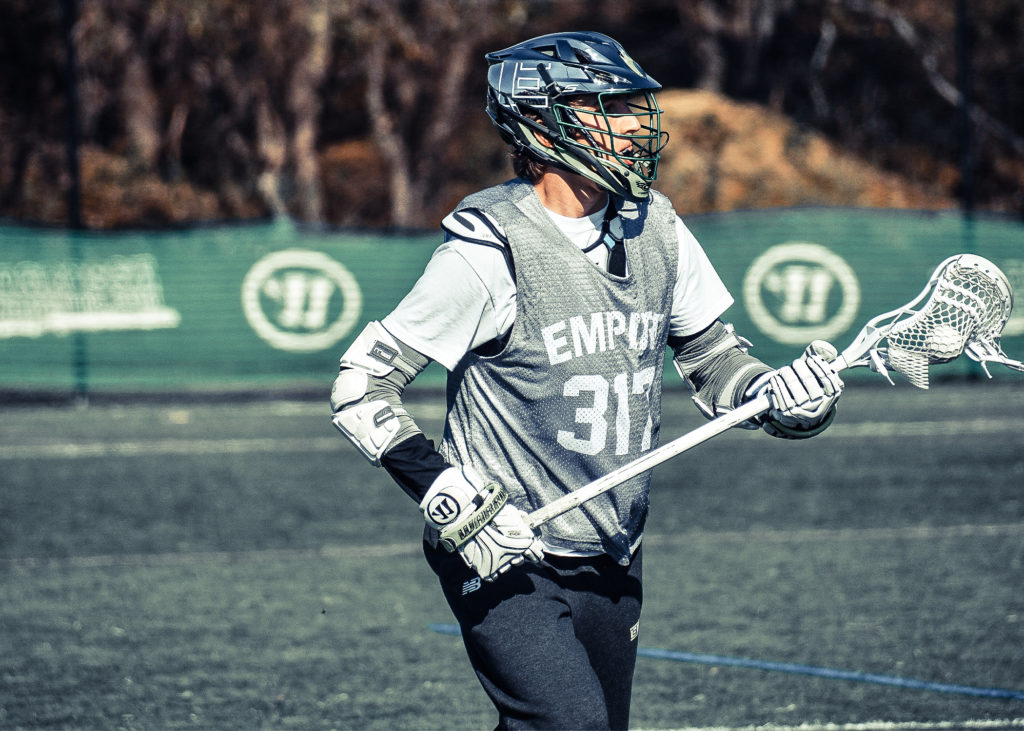 Takacs’ elevation to a top-flight Division I prospect didn’t happen overnight, but it’s a credit to his work ethic and dedication that he got to this point. In his fifth season with Empire, Takacs has continually worked to diversify his offensive game and become a dynamic all-around threat, and that’s paid off in spades.

“Coach (Harold) Drumm and I are very happy for Derek and his family,” said Empire director Luke Daquino, who has coached Takacs at both Empire and Mount Sinai. “He has worked very hard in the classroom, as well as on the lacrosse field. He’s put in the time to become a player who can beat defenses in a variety of ways, and we think that he’ll fit in perfectly with (new Seawolves coach) Coach (Anthony) Gilardi‘s style. Derek is going to do great things on and off the field.”

A big part of that is thanks to the work that he put in with Drumm and Daquino.

“I feel like I definitely took a big step up with Empire,” Takacs said. “Coach Daquino is a great offensive coach, and he’s helped me with my shooting, passing, finishing and weak hand. He’s helped me become the player that I am today.”

One that’ll be making a major impact close to home.

Comments Off on ’21 Derek Takacs Commits to Stony Brook 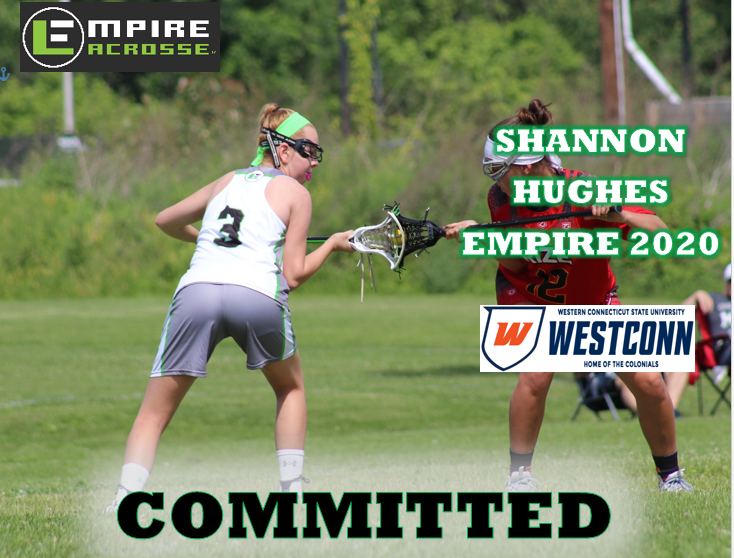 Comments Off on Shannon Hughes 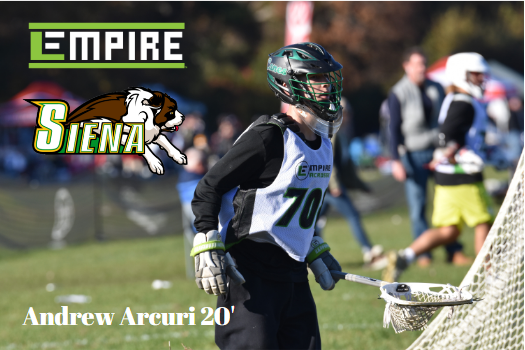 Comments Off on Andrew Arcuri 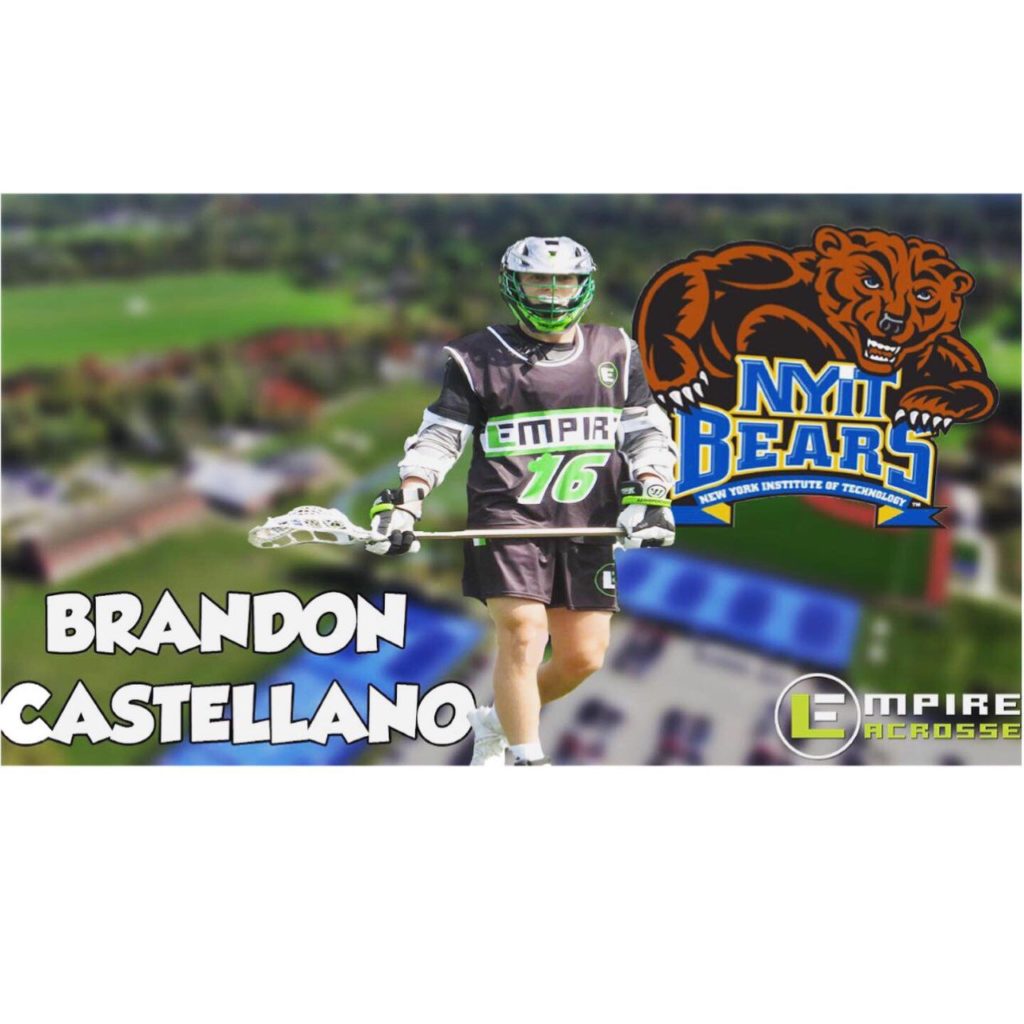 Comments Off on Brandon Castellano